This content has been moved to the GoToTags Help site.

NDEF is a standardized data format specification by the NFC Forum which is used to describe how a set of actions are to be encoded onto a NFC tag or to be exchanged between two active NFC devices. The vast majority of NFC enabled devices (readers, phones, tablets…) support reading NDEF messages from NFC tags. All NDEF action types can be encoded onto all NFC chip types and NFC readers; however due to data size requirements and NFC chip type memory limitations it’s best to choose an NFC chip knowing the type of data you will be encoding.

At a basic level, an NDEF record contains two components: 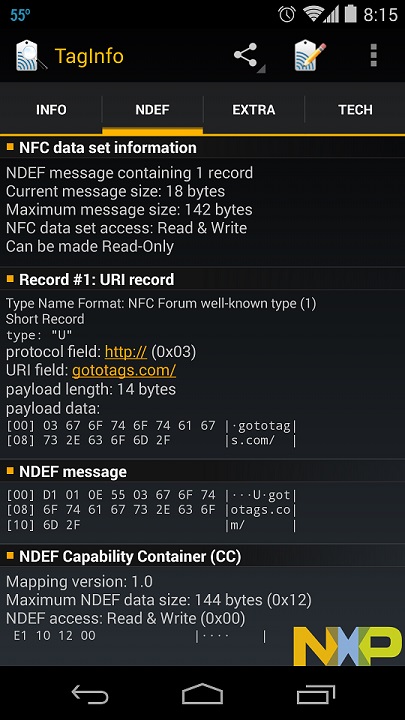